I’m now a good third of the way through my fourth Detective Constable Dominic Strider novel ‘Till The Fat Lady Sings’… and it looks vastly different from how I’d planned it.

I always prepare a chapter structure beforehand to highlight the main plot points and where I think they should land. But they are not immovable or even unchangeable. Everything is up for grabs.

So once I started writing the novel itself, quite a lot of my original ideas changed; some quite drastically!

Chapter 1 takes place at Chester Races. It originally had Strider chasing a thief across the finishing line, just as the horses came in. Bit like the first five minutes of a Bond film, it was an action scene that had no connection to the rest of the story.

But then it occurred to me that the Races are a fantastic location. It’d be a shame to just dismiss them so quickly.

So I slowly started working out how to stretch that storyline across the remainder of the novel. I can’t reveal too much, but now something sinister happens which spooks the horses during the race. Strider must work out what happened, why and who dunnit.

By its very nature, this means more – new – chapters to write.

After all, if a major public incident has occurred, the police need to take statements. There will be an incident room. Strider has to visit the stables to interview the jockeys. Dotting these extra elements around the book has been creatively satisfying, as I’ve now got an entirely new sub-plot. 🙂

It’s also important to let the story breathe. This can only happen once you start writing.
I tend to go into a Zen-like state to open up the creative floodgates in my mind and let the ideas flow through my fingers into the computer. It’s vital to my process that I don’t stifle this creativity at all, nor put a straitjacket on the plot, characters and their actions.

The characters then tend to dictate where the story is going…. and this can have surprising results!

The main plot is about an opera singer coming to town, her involvement with stolen antiquities, and the disappearance of the Verger in Chester Cathedral. In my original chapter plan, the Verger went missing early on (Chapter 3). In Chapter 5 his body was found.

But as I was writing, it occurred to me that a) I needed to incorporate more mystery surrounding his disappearance, and b) we needed to know who reported him missing.

This led to an entirely new character and a scene in the Cathedral Cafe, which happens to be based in the atmospheric 13th century monks dining hall. That’s Chester for you – full to the brim with stunning real-life historic locations!

Another thing happened then….

The opera singer’s PA (who was originally only a peripheral character) also appeared much earlier than planned. She had a ‘meet cute’ with Strider and the two of them have now embarked on a fling. This took me by complete surprise – which sounds stupid as I’m the author!

But I have fully allowed the characters to dictate the pace and events of the plot. And it just seemed so natural, normal and interesting that Strider and the PA should get together as a couple.

An added bonus: when Strider finally does meet the opera singer and investigates the murder, he has a very personal stake in events. This also creates a love triangle – maybe even a quadrangle – later on in the story.

So the book is changing and evolving chapter by chapter, line by line, and I couldn’t be more excited! I just hope the characters let me know where it’ll all end up! 🙂 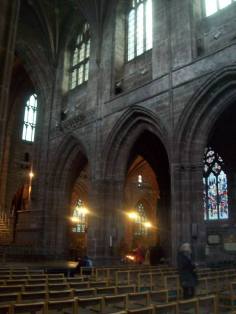 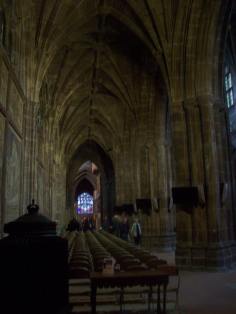 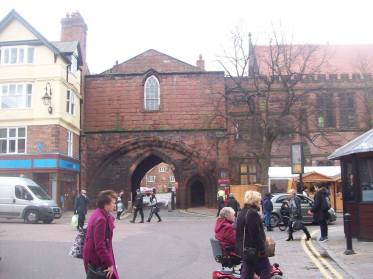 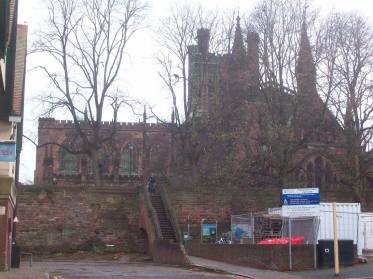 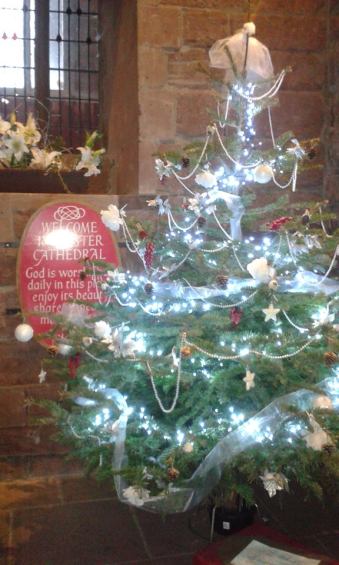 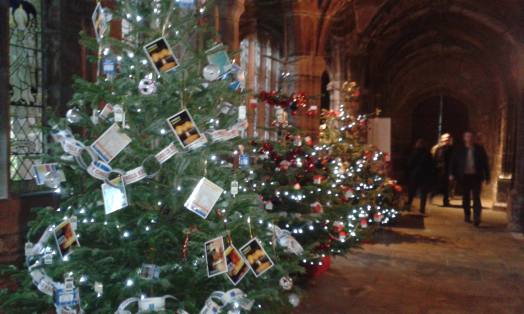